The undisputed protagonist of the island, this time is its garden; one of the oldest in Italy and thanks to its luxuriant vegetation one of the most charming. Here you can admire secular trees and a colourful bloom all months of the year.

In the sixteenth century the garden was an orchard, then became an olive grove, then a citrus plantation and in the nineteenth century, it became a typical English botanical park and since 2002, this important botanical garden, has become part of the prestigious British circuit “the Royal Horticultural Society”.

Thanks to the microclimate of the island, in a few hectares, there are a multitude and a variety of plants that have made of this garden a “unique garden”.

Botanical species of subtropical origin coexist in harmony with the Mediterranean citrus and palms, the camellias, the rhododendrons of South East Asia; the water lilies and the papyrus of the Nile, the magnolias and the taxodium of North America; the feijoa, the bougainvillea of Brazil, the pittosporum of New Zealand, and much more. In short, 5 continents enclosed in a small island, guarded by the beautiful golden and silver pheasants, the colourful and white peacocks, the Australian hens and the noisy parrots.

"A terrestrial paradise" wrote the French writer Gustave Flaubert, guest of the island in the romantic period of the nineteenth century.

The guided tour starts right from this enchanting garden and then reaches, what, from a distance, seems to be a small beige colour point enclosed in the green heart of the island, but in truth, it is the big palace in typical sixteenth-century style.

A true aristocratic country residence, that recalls, for its function, the villas of the Venetian nobility on the Brenta River, .

Open to the public since 1978, the palace houses, in addition to objects and furnishings of the past, paintings in Lombard style of the sixteenth and seventeenth century, the dining room, the game room, the private library, the room of the porcelain dolls, 3 bedrooms and the marvelous puppet theatre.

In 3 words: “a unique island” full of charm, full of scent.

If the Isola Bella dazzles for its imposing and unmistakable scenography, the Isola Madre conquers little by little, like a beautiful Lady, completely to be discovered.

Isola Bella, Isola Madre, Rocca Borromeo and Pallavicino Park will be open every day from 20th March to 1st November 2020. 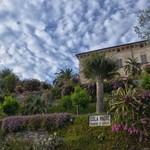 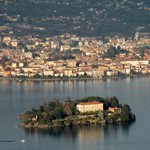