A masterpiece in Baroque style. The suggestive beautiful island resembles a vessel. Absolute protagonist in the centre of the Borromeo Gulf.

Great architects, sculptors, painters and artists from all over Europe, for over two centuries, were called by the Borromeo family, to enrich and beautify, the magnificent  sumptuous palace and its marvelous garden.

The guided tour begins in the interior of the 17th-century palace, still today, summer residence of the Borromeo family,.

Rich of precious antique  furnishings, the palace houses also a famous picture-gallery called "Berthier" in honour of general Berthier, major-general of Napoleon Bonaparte, guest here with the Emperor and his wife Josephine in 1797.

The picture-gallery shows Flemish paintings, very much appreciated by the noble

Lombard  families, of the sixteenth century; Renaissance classical pictures, painted by artists influenced by the school of great masters such as Raffaello, Titian, Leonardo Correggio and many others. The gallery houses also great paintings of the eccentric Baroque period, influenced by Rubens, for example the great Neapolitan painter Luca Giordano, visible here in the room dedicated to him, which hosts 3 of  Giordano’s great masterpieces. Concerning the neoclassical period, you will  also admire works of the famous landscape painter Francesco Zuccarelli.

The tour of the palace continues in the Queen's room, into the throne room, the amazing grottoes, the ballroom and much more.

From the tapestry gallery, the guided tour continues to the magnificent masterpiece of Baroque art: the terraced Italian garden in pyramid form, where the royal white peacocks reign.

Winner of the prize "most beautiful garden of Italy" in 2007, the garden is a true gem set in the blue of our lake, a true symbiosis between nature, water games and human artworks; a true mix of incomparable scenic beauty, all to be enjoyed.
A small village, with its church, its hamlet and its inhabitants, is the marvellous setting of this architectural splendour, signed Borromeo.

Isola Bella, Isola Madre, Rocca Borromeo and Pallavicino Park will be open every day from 20th March to 1st November 2020. 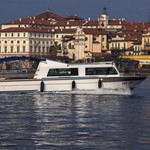 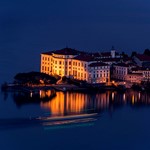 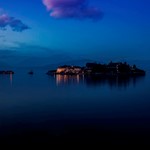